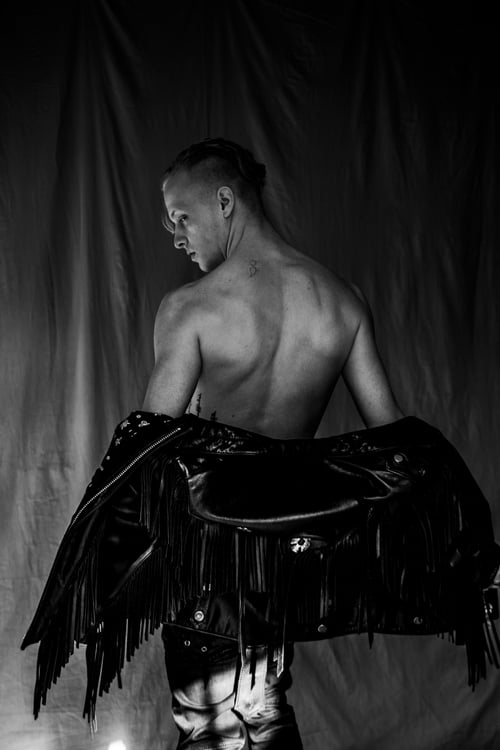 We were incredibly honoured to speak with upcoming American model, Rae Serbeck. We chatted mainly about his career as a male model, but also touched on how his personal experiences have shaped his work as a writer and actor.

Based in Utah, hundreds of miles from the mania that is LA and New York, Rae comes across as a quiet, but confident, male model who on first glimpse looks like he’d be more at home in the reminiscent grunge scene of Seattle. This persona is reflected in his portfolio and his social feeds - an Instagram account showcasing his fashion and portraiture work that has amassed ten thousand plus followers in little under a year, and another look at his bio with an impressive list of publications and clients, places Rae alongside other top emerging male models in the United States.

I started our conversation by asking Rae, “Where does your love of fashion modelling come from?”

“Well, fashion has been close to my heart for quite a while. What appeals to me is the creative aspect of it, the design process and how I get to use fashion to express myself and express the designs. Where you have two people who are similar looking, are wearing the same clothing, the way you move, the way you express yourself creates two very different stories.” 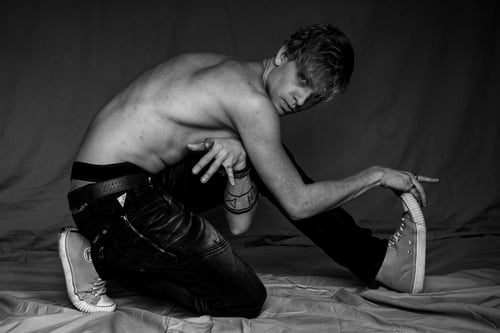 The paradigm in which models work has completely changed in the last decade, more so perhaps even in just the last two years, with a shift to freelancing. Rae mentions that he isn’t actively looking for representation, and that his success to date has generally been driven by companies seeking him out through social media and his work as an actor.

“Of course, the downside to freelancing is that the floor can disappear from under you quite quickly. During the COVID crisis, alot of companies have pulled back and downsized, and they’ve been really selective about who they work with. But I think it will come back stronger than ever when things open up again.”

We chat about Rae’s work as a writer, and from what I’ve read of his works, it’s clear that he is a conscientious writer.

I attempt to get to that which is behind his writing, and ask, “The United States is going through something of a period of self-reflection at the moment, so what do you see is the role of a writer in playing into those issues that are currently so prominent?”

“I think my role is to spread a really simple message. It doesn’t matter where you come from or who you are, there’s no reason to hate somebody just to hate. Spread love where you can,” he replies.

As we talk further, it becomes clear that Rae is writing and speaking from a position of immense personal experience.

“I’ve been published twice now, and I generally write about topical issues around bullying and racism. Growing up I was bullied at home, which then expressed itself at school. How I was treated at home formed my norm for how I treated other people. The hatred I carried with me went on for too long. I used to be such an angry, angry kid. Then something clicked. I started forgiving my own abusive upbringing, which allowed me to admit when I was wrong. I’ve since reached out to people that I bullied in the past and apologised. I don’t have a hateful bone in my body anymore.”

“It’s a healing process. It (bullying and racism) won’t completely go away, but we need to do the best we can for ourselves. Where we can stop it, we should stop it.”

Looking to the future, Rae notes that he is currently reviewing five different scripts while also counting down to the premiere of his latest short film, “Last Word” at regional film festivals, where he played the lead male role.

We wrap up talking about the images featured in this month’s issue of Vertiqlè Magazine “Dark Room Thoughts”. “I got together with the German photographer Jamie Thissen-Betts for this shoot. We closed up the room except a small slither of light, and he just started shooting and I started moving. In all we shot about 800 photos I think over what was just hours, just shooting and shooting and me doing completely random stuff. The title just appeared, Dark Room Thoughts. That is the title!” 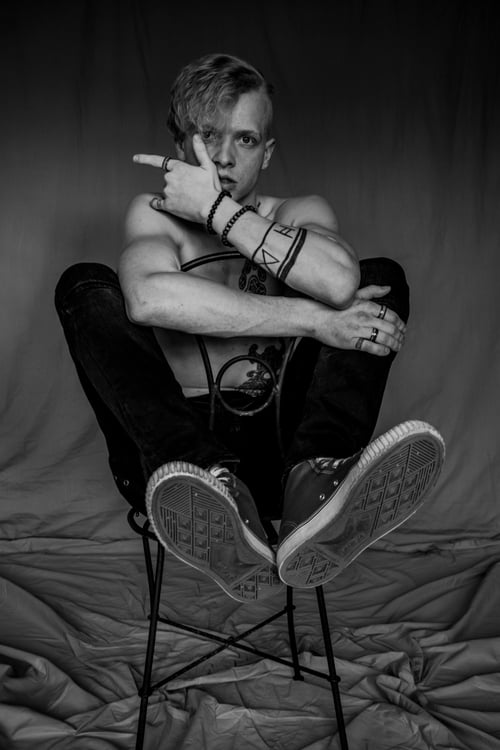 You can reach out to Rae online at www.raeserbeck.com or via Instagram @raeserbeck